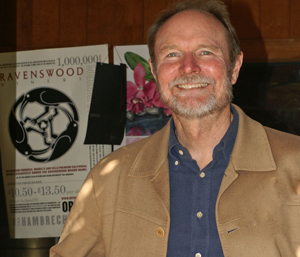 "People love flavor characters; we like tying those flavors back to a place. So [the notion of appellation wines] makes the complexity of wine more interesting and more fascinating than it would otherwise be."

The Zinfandel Gospel According to
Joel Peterson

s a red wine, “Zinfandel is really a glorious thing,” said Joel Peterson, president and founding winemaker of Sonoma’s Ravenswood Wines. It is a small but popular varietal, with a special uniqueness in California. In order to get the world to understand and appreciate Zinfandel, a central part of Ravenswood’s approach to red Zinfandel production since its first Sonoma County vineyard designate in 1976 has been how it varies in the various American Viticultural Areas. This approach led to Ravenswood’s County Appellation series.

Peterson explained that the inspiration for this regional approach beyond Sonoma County came to him when he was asked to create the first Zinfandel Advocates and Producers (ZAP) blend for the ZAP barrel tasting event held in San
Peterson sources a portion of his Sonoma Zin from Barricia Vineyard, pictured here. (Barricia is Spanish for barrel.)
Francisco at the end of January every year since 1991. Each producer member donated a 5-gallon jug of wine for the blend. As a result, Peterson found himself sitting in front of 60 5-gallon jugs of wine. He hardly knew where to begin in assembling the blend, he said. So, as opposed to just dumping them all together in a vat and hoping for the best, he chose to try for a more logical approach.

“I put a glass of each on the table,” he said, “then eliminated any that showed defects.” The rest he grouped according to smell and taste. By doing so, he discovered that the wines basically grouped themselves according to regions: Mendocino, Sonoma (with distinct north and south county groupings), Napa, Paso Robles, and so on.

At that point, said Peterson, “It became clear that each region had a signature flavor. The regions are distinct in several ways - depending on the soil, climate, growing season, and crop levels that each region supports.” This awareness led Peterson to develop his regional series of Zinfandels, which helped to meet Ravenswood production goals and also its goal of providing an affordable but traditionally-made red Zinfandel to its consumers.

The wines are all priced below $20/bottle, but the quality of the wine shows well when grouped with $30 bottles of Zinfandels in tastings. “We work hard,” he said, “to keep value-to-price ratio relatively high. If I am successful with red Zinfandel in any particular region or AVA, and people learn to like it and to recognize the name, it helps everybody. Zinfandel will no longer be an odd, obscure grape,” Peterson noted.

Peterson emphasized that “this notion of regional and AVA Zinfandels comes from a long tradition, based on the fact that grapes from different regions taste differently. Those differences are important, in part, because as human beings we love differences, we love flavor characters, we like tying those flavors back to a place and the people of that place. So [the notion of appellation wines] makes the complexity of wine more interesting and more fascinating than it would otherwise be. It’s because of the differences that are associated with regions that we have developed the fine, complex language about wines.” Such language, Peterson posits, has developed in order to enable wine lovers not only to describe the differences among wines but also to help them focus on wines in terms of the regions they came from and the places in those regions that contribute the characteristics of those wines.

The Challenge of Appellation Distinctiveness

What those regional flavors are and how to get them into the glass for his consumers - is Peterson’s challenge and goal in producing his regional Zinfandels as well as his vineyard designate Zinfandels. How, that is, to make a wine that represents a region and fulfils the expectations of his consumers for 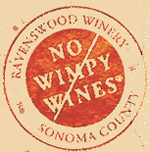 each region, and how to make a wine in such a way that it doesn’t step on the character of the grapes. It comes down to basically three factors: consistency in grape source, consistency in management of the wines in the cellar, and consistency in winemaking practices.

To be sure of grape consistency, Peterson maintains long term and secure evergreen contracts with growers whose vineyards are representative of the region. That way, growers learn what he expects of them in grape quality and in the viticultural practices necessary to maintain that quality. Peterson also buys more grapes than he needs in order to have enough to select only the best for his regional blends. Grape quality and quantity can vary with vineyards year to year. Wine lots that do not meet his standards for his regional blends are sent to his California designated Vintners’ Blend.

The first state of achieving regional character is to pick for ripeness and sugar content. Since he likes to keep the alcohol content of his regional appellation wines at or below 14.5 percent, he attempts to pick at a Brix of between 24° and 26°. In this way, he is able both to manage the alcohol levels in his wines and to ferment the grapes to dryness so as to eliminate perceptible residual sugar in the finished wines.

At the winery, the grapes are crushed and fermented in the established Ravenswood tradition, with each vineyard/lot crushed and fermented separately on indigenous yeast so that the grape character in each vineyard is preserved. For example, he said, if a particular vineyard is showing high levels of tannin, and is in danger of going out of balance, the wine is pulled off the skins early. If a beautiful fruit flavor is developing, the wine is allowed to expand that flavor as long as it does not dry out. Otherwise, he said, as long as the winemaking process isn’t designed to produce something monochromatic, the idea is to get as much color and regional expression in the wines as you can.

As soon as fermentation is complete, the separate lots of wine are put into small oak barrels, which is the next stage where serious winemaking decisions are required in order to develop and preserve the regional character.

The contributions of technology and other exterior elements such as oak barrels, said Joel, should be used in such a way as to enhance the character of the wines 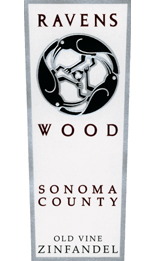 from each vineyard and region, and to make the best wine you can make that is most representative of that area. It should never be used to overpower the distinctions. Wood is important to give a center support and finish, and to enhance the fruit, he continued. “The right amount of new oak, like perfume, draws you in, but too much is repulsive,” he explained by way of analogy. Also, too much obliterates regional distinctions.

At Ravenswood, the regional Zinfandels are put into small French oak barrels, with about 35 percent to 40 percent new. When the wines are clear, stable, and dry, usually three to four months after harvest, they are taken, in groups, a region at a time, for evaluation. All lots