There are seven million stories in the naked city - and a lot of wineries, too. This is their story.

No Dirt Shackles For Urban Wineries

Winemaking does not have to be tied to one parcel of dirt. That’s the philosophy behind the wave of urban wineries that have sprung up broadly across the U.S. Role models for the trend can be found in San Francisco Bay’s East Bay community where Oakland, Berkeley and Alameda form an epicenter of vintner operations in industrial space, retrofitted for state-of-the-art winemaking that still adheres to honoring the regional distinctiveness of the grapes.

ather than pay exorbitant prices for wine country land, urban winery proprietors rent city warehouse space, truck cool, first-light-picked grapes in half-ton picking bins from a variety of regional vineyards within specific AVAs, and complete the winemaking process from crushing to bottling. This is their story.

Rosenblum Cellars is an San Francisco Bay urban winery pioneer. In 1987, when founder Kent Rosenblum began his commercial operation, it was in a property he found next to The Dead End Bar in Oakland, California. He later moved his operation to a facility next to the Oakland-Alameda Ferry building on the island of Alameda. He sold it in 2008 to Diageo Chateau & Estate Wines for a reported $105 million. Rosenblum Cellars continues to be the largest producer among the East Bay urban wineries. And Kent Rosenblum?

He’s started over with his new urban wine venture, Rock Wall Wine Company, a shipyard winery of sorts in Alameda, named for the wall that during World War II protected U.S. Navy vessels from torpedoes. The fact that Kent now has the capital to build a winery, but has again chosen the urban winery route prompted the obvious question, why? “If it’s not broke, don’t fix it,” he says. “The worst way to get into the wine business is to build a winery, plant a vineyard surrounding it and wait until the vines are three years old to make the first wine.

“At this point, you’ve put lots of money into the project and have yet to earn a penny. And you learn that, gee, the wine is not really very good - wrong variety, wrong rootstock for the soil or any number of issues. Vines are failing because of some disease. So now, you replant and the investment is six years out. Lots of money spent and no income. How many people can weather that kind of storm?

“Here’s how to start a winery: first, discover a great and proven vineyard. Produce wine from this fruit and make sure you really like it. Next, make a long-term contract for the grapes. Then, find a place to make the wine, even a custom crush facility. That’s the smart way and the heart of urban winery philosophy.”

Rosenblum further cites the concept of vineyard designation, small lots of 300 to 500 cases, and credits “the Pinot Noir guys,” who show great vision. Consumers want to know more about small sites and why they’re so special. They love that. Then there’s a story involved. Presently, Rock Wall has a 1,500-case story with plans to grow to 4,000 to 5,000 cases from Russian River Valley and Dry Creek Valley AVAs primarily. But there’s Petite Sirah and Riesling from Mendocino, Cabernet Sauvignon from Napa Valley, Yolo County Tannat, Montepulciano from Contra Costa County and Chardonnay from the Santa Lucia Highlands.

Jeff Cohn, proprietor (with his wife Alexandra) and winemaker for JC Cellars is not a Pinot guy. Yet he prides himself on bucking traditional views and uses the word “smart” to describe his urban winery. His warehouse winery, which he shares with Dashe Cellars (more about them later) is located just off historic Jack London Square near downtown Oakland. From the AVAs of Mendocino, Dry Creek Valley, Napa Valley, Rockpile, Sonoma County, Santa Barbara, Arroyo Seco and Lodi, he makes six different vineyard-designated Syrahs and two different vineyard-designated Zinfandels.

“With single vineyards,” he says, “I’m able to showcase vineyard terroir from some very special sites. But I also like to make blends from various AVAs. It’s creative and fun.” While Syrah and Zinfandel constitute the largest fraction of a 5,000-case production, Cohn’s fascination with and passion for Rhône varieties keep him interested in Marsanne, Roussanne and Viognier. “I was very fortunate,” he adds, “because I was the winemaker at Rosenblum and made a lot of connections through Kent [Rosenblum] – growers who hooked me up with other growers. Sourcing from specific vineyards has a lot to do with connections I’ve made, and also luck – being in the right place at the right time.”

Before establishing a long-term contract with a grower, Cohn makes as many quality assessments as possible. “But,” he says, “I never know until I make wine from the fruit.” Cohn works side by side with a grower, attempting different vineyard techniques to learn whether they’ll improve the fruit or not. He cites 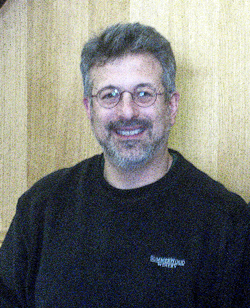 Jeff Cohn – JC Cellars
Rockpile Vineyard as an example. “We believed that if yield was lowered, we’d get more concentration. That proved not to be the case, so we went back to a higher yield and that gave us the flavor profile we were seeking.”

Being in the wine business has a significant relationship to lifestyle. “I like living in the Bay Area,” Cohn adds, “because it’s close to cultural opportunities.” And that’s not just for a vintner. Urbanites are learning that they can have a winery experience (sometimes with funky charm) as enjoyable as anything they find in Napa Valley or Healdsburg in Sonoma County. Visitors to San Francisco can take the Amtrak, a BART train or the Oakland-Alameda Ferry ride to discover wineries with different personalities, all drawn to an urban setting. No need for a designated driver.

Kent Rosenblum is fond of saying, “it’s easy to make wine, but it’s hard to get customers.” Because of location, one might think that area people are the best consumers. “Not at all,” says Dashe Cellars Michael Dashe. “We’re very close to San Francisco, one of the top tourist destinations in the world. It’s not just locals. Convention-goers from around the globe have thoughts of going to wine country, but they don’t have a rental car. Hotel concierges know the urban wine center here and offer suggestions. Wineries have placed cards at the ferry plaza, a major restaurant and shopping area. People are delighted to learn that they can take public transit here. Shipping wine direct to our visitors means they don’t have difficulty getting the wines back home.” 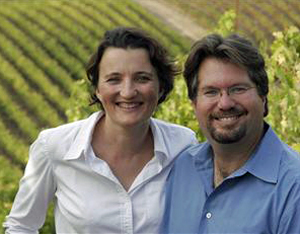 Mike and Anne Dashe, Dashe Cellars.
Dashe Cellars in 1996. Since 2005, they are located under the same warehouse roof as JC Cellars. Except for some shared large and expensive state-of-the-art equipment, the two wineries are separate entities.

Dashe fruit is sourced primarily from Sonoma County AVAs with 95 percent of production coming from Dry Creek and Alexander Valleys and five percent from Potter Valley in northern Mendocino County. Single-vineyard Zinfandels are the focus of a 10,000-case production