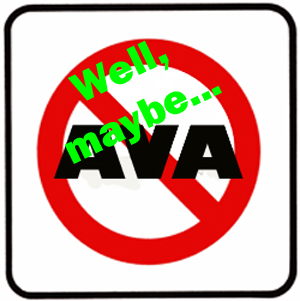 After ceasing all AVA petition approvals, the U.S. Tobacco, Tax & Trade Bureau issues a new proposal to re-open the process.

Calistoga And Other AVAs
Move Closer To Approval

A Tale of Two Brands: One wins, the other loses...at least in this round.

f the TTB’s latest proposal on sub-appellations stands, a new sub-region of the Napa Valley has moved closer to approval; and will likely lead the way to lifting the government’s temporary embargo on approving other sub-regions. However, according to the Tobacco, Trade & Tax Bureau’s notification, at least one brand stands to win and another will likely have to change its name.

Additionally, a separate proposal could lead many disgruntled folks in the Napa Valley and elsewhere to seek justice where they can find it.

The TTB proposes a set of rules that would toughen the approval process for new American Viticultural Areas (AVAs). The main focus of the rule change is the approval of AVAs within existing ones and a restriction on the use of brand names which contain a reference to a particular region. This past August, the TTB halted approval of all pending AVAs in order to review the approval process.


The Story Up to Now
The U.S. Tobacco, Trade, & Tax Bureau, overwhelmed by the number of sub-AVA petitions filed, suspended all AVA determinations while it assessed new rules for AVAs. Read APPELLATION AMERICA’s previous storyThe Big Freeze about the controversy.
The central change is the establishment of a "grandfathering" clause that would allow already existing geographic brand names that contain a reference to a new AVA to continue to be used as long as they have been pending for at least five years. The notice of proposed rule changes also states that TTB has the authority to reject any petition to establish an AVA if it determines that the proposed AVA would conflict with their goals or with the public interest. TTB additionally seeks to clarify its position regarding the commercial conflict that may exist when a new appellation is approved and, furthermore, limits the use of the regional name on wine brands.

The TTB Giveth, The TTB Taketh Away

What it all seems to be adding up to is that the proposed Calistoga AVA is moving closer to becoming sanctioned. Additionally, Calistoga Cellars, one of two brands that had petitioned TTB to take another look at its AVA approval process, will likely maintain its brand name. However, it looks as though Calistoga Estate Vineyards, the other brand in question, will have to change its geographic name.

What is particularly disturbing to the Napa Valley Vintners, a powerful marketing group, is that the TTB seems intent upon restricting the use of a newly named sub-AVA name on labels, in favor of using the larger name such as “Napa Valley”.

TTB has opened the proposals to public comments. The so-called “grandfather” issue as it pertains to brand-name approval will close for statements on December 20. Comments on TTB’s proposed revisions to AVA regulations will close January 22.

A spokesperson for the Napa Vintners, in statements made to APPELLATION AMERICA on the day before Thanksgiving, strongly suggests that the group will seek an extension of the comment period, especially to the TTB’s proposal that states in part:

“… depending on the facts involved, we recognize that this position could run counter to the principle that an AVA is unique with reference to what is outside its boundary for viticultural purposes. In other words, depending on the unique facts presented in each AVA petition, an argument could be made that the smaller AVA is, by its very existence, distinct from the AVA that surrounds it, with the result that wine produced within it could not be labeled with the name of the larger AVA.”


Pat Stotesbury, the owner of Ladera Vineyards on Howell Mountain, was most vociferous regarding TTB’s proposed actions. Speaking as the chair of something called the “Napa Name Strategy Committee”, Stotesbury said, “The troubling thing is that the TTB really doesn’t get it, in terms of how the appellation system should work and what are its intentions.

“If it’s a smaller appellation within a bigger AVA, it’s unique. The world has recognized genuses and sub-genuses forever. Men and women are different; men with black hair are different from men with brown hair, but they’re still men.

“They’ve (TTB) fundamentally missed that point and because they have missed the point, they’re going in a wrong direction. Back in 1986, this was all solved. … This is backpedaling on that. It’s sort of a failure on making hard choices.”

As for the issue regarding Calistoga Cellars and Calistoga Estates, TTB’s notification seems to “grandfather” the former, which allows it to keep its brand name. TTB is proposing that Mar. 31, 2005 be the grandfather cutoff date, which would mean that Calistoga Cellars, which released its first wine in 1998, will get to obtain its brand name, although it does not use at least 85 percent of grapes from Calistoga in its bottles. However, Calistoga Estate, which began operation shortly after the March 31 date, will likely be forced to change its name.

Marvin Stirman, who heads a large group of Calistoga Estates investors, had not read TTB’s proposal as of last Wednesday morning when APPELLATION AMERICA reached him in the Washington, D.C. area where he is based. Stirman said that he needed time to absorb the meaning of the proposal.

Bob Young, who said he was referring the notification to his attorney and his compliance consultant for further review, was gratified. “On its face, it sounds very favorable,” said Young, who is a partner with Calistoga Cellars. “…It would be a win-win for everybody. They (those proposing the Calistoga regional approval) get the AVA and we get the name that we spent many millions of dollars on.”

As stated in the TTB proposal, Young said his company is ready to comply, citing the fact that Calistoga Cellars will place disclaimers on its back labels stating that it doesn’t have 85 percent of the grapes in the bottle from Calistoga, although Young insists that all of its grapes come from the Napa Valley. Additionally, Young suggested that the label will also contain a notice that the brand "has been in existence long before the Calistoga AVA was formed." 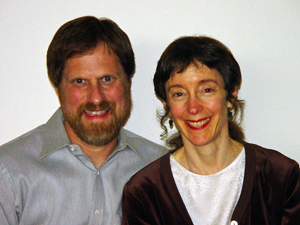 Alex Heckathorn and partner Sara Schorske have been winery compliance consultants for the last 24 years, and Calistoga Cellars is one o

Thank you for giving us the up-to-the-minute report. I was hoping some mention of Pope Valley would be made. I have read articles discussing its inclusion as a sub-AVA, but cannot find any official statement. Has anyone petitioned the TTB for a Pope Valley AVA? If so, how long has the petition been submitted. I could not find anything about this subject on the TTB website.