Charles O’Rear and Daphne Larkin’s Wines Across America examines and celebrates wines from every State in the Union. Here's Utah.

icture this: A warm afternoon in Napa Valley. Photographer Charles O’Rear and his wife, veteran journalist Daphne Larkin, are sitting on their terrace overlooking abundant grapevines while they sip on a wine made in another state (yes, Californians do drink non-California wines). They think how amazing it is that wine is now made in every U.S. State. Instant epiphany: what about a book about wine across America? 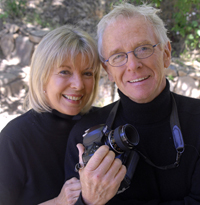 
A week later they jump into their Ford Explorer for a reconnaissance trip to see if they are on to something. “We drove some 3,000 miles through Oregon, Washington, Montana, and Idaho. We found wineries where we expected to and many where we didn’t,” recalls Daphne, the excitement of that first trip still fresh in her memory.

That was two years ago and the couple returning home, knowing that they had a unique book to produce. Charles O’Rear has 25 years training as a National Geographic photographer: “The task is straightforward - get your shot and move on.” Over the course of the next two years, they made it their business to travel by plane and car to every part of the U.S. to take photographic evidence of America’s wine revolution and move on.

While O’Rear and Larkin didn’t get to every state, all 50 states are included in the book. “We researched wineries on the Internet, “ notes Daphne. Charles adds “And APPELLATION AMERICA was a terrific resource.” 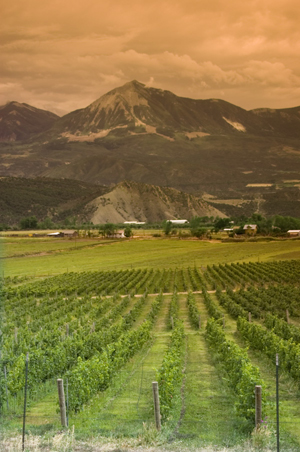 “Everywhere we went,” continues Daphne, “we were amazed that there really is an American wine revolution going on. We visited mostly small wineries, a lot of Mom and Pop operations. In Alabama, we visited a winemaker whose tasting room was in the basement of his small house. He led us through the living room down into the cellar. Then there were the wineries housed in former churches, Statehouses, even a former bordello.”

“One of biggest surprises was Terror Creek Winery in Paonia, Colorado. At 6400 feet high, it has the highest elevation vineyard in the U.S. But that wasn’t the surprise. Rather it was the delicious wine, and Pinot Noir at that!,” exclaims O’Rear.

“Outside of St. Louis, Missouri we were led through a tunnel into a gorgeous natural cave where they have been aging wine since 1881, “ he continues. Daphne interjects, “In my old home town of St. Petersburg, Florida, the citrus farm stand where I used to buy oranges and grapefruit is now a winery. They make orange and grapefruit wine - an acquired taste to be sure but nevertheless it’s wine in Florida.”

Our Growing Passion for Good Wine

The growing passion that Americans have for wine was demonstrated over and over on their travels. They found farmers in Iowa ripping up corn and soy plants and putting in grapes because they could get much higher prices to the ton for the latter. “In Oklahoma, you could count the number of wineries on one hand five years ago. Today there are over 40 wineries in the state,” says O’Rear.

“We found that wine is made in all 50 states but grapes are not grown in all states. In Alaska, for example, they make wine from grapes and juice that have been trucked in.”

“I like to think we are what the Wine Spectator is not. Their coverage never seems to go beyond the major grape growing states,” offers Daphne. 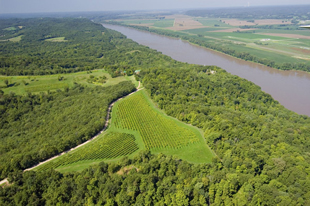 The Missouri River frames this vineyard outside of St. Louis, established in the 1800s by German settlers.
“America is fast becoming Europeanized as people in every state are having wine with dinner and most will drink locally. The wineries we came across on our travels for the book were tourist destinations for the locals and we saw growing crowds in tasting rooms.”

Were there other trends across the country? Daphne pauses, “Speaking of locality, we noticed that all the wineries, no matter where they were, made wines from fruits and native American grapes such as Muscadine, Norton, and Catawba or hybrids - whatever worked best for their particular terroir. It follows the Alice Waters mantra - eat locally, drink locally.”

They focused on “grass roots wineries” but also stopped at a few large ones along the way. “We did go to the two most visited wineries in the U.S. and you’d never guess where they were. The first was Biltmore Estate Wine in Ashville, North Carolina. People were literally lined up waiting to just get in the tasting room there. The second most visited winery is Tedeschi Vineyards in Maui, Hawaii. 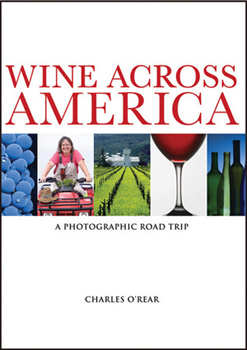 .They make pineapple wine there, naturally. While both are in heavily visited tourist areas, their popularity shows the increased interest Americans have for wine now.”

To produce Wines Across America, Charles took 20,000 digital shots. He then choose 800 to send to the book’s designer who in turn selected just 300. The choice was based on colors, content, representation of the states, and the points being made by Daphne Larkin’s 12,000 word text.

“When you have as wine-passionate a reporter and as passionate a photographer as us, the passion comes through in the book. We got to do what we love and also drink great wines (well, not all great) across the U.S., “ Daphne explains.

But she downplays the actual drudgery part of their travels: the weeks on the road, staying in motels, eating dreary road food. “We’d be out for 12 hours, pull into a motel and Charles would go through the pictures he took that day and I would assemble my notes.”

The couple spent $200,000 of their own funds – talk about passionate – to get the book produced. It is published by their own company, Wineviews Publlishing and distributed by 10 Speed Press which has handled Charle O’Rear’s previous wine books, including a best selling one on Napa Valley.

Included among the photos in the book are shots of their favorite (and funny) wine labels. The one that stands out for them is La Bomba Grande, from Balagna Wine

RayLen Vineyards 2004 Carolinius A harmonious blend of French Bordeaux varieties with generous and focused flavors which glide smoothly through the silky finish.

Seems like Maine was glossed over. In the index most areas had a listing of the wineries and page #, Maine hade 4-5 page numbers. Don't know what was said -- not going to buy the book to see how poorly Maine was treated. We now have 11 wineries in the state and growing. Granted we are not Napa, but we are very close to Boston and New York.