was a site to behold: Richard Mendelson eviscerating wine giant Bronco Wine Company’s legal team in front of the California Supreme Court on the issue of truth in labeling. Bronco - producer of the Charles Shaw wines known as “Two Buck Chuck” - had been trying to make a case for its Rutherford Vintners and Napa Ridge brands, despite the fact that there wasn’t a single grape from either of those areas in the bottle.

That was May 24, 2004 in San Francisco with Mendelson successfully representing the Napa Valley Vintners – the Valley’s powerful lobbying and marketing group. The court upheld the state law, which required any wine bearing a Napa County appellation name on its label to be made from at least 75 percent Napa grapes.

Mendelson is an attorney who spends much of his time these days teaching post-graduate wine law at the University of California, Berkeley. He also has a wine brand, Mendelson, which produces a Pinot Noir from Santa Lucia Highlands and dessert wines from Napa Valley Pinot Gris and Mendocino Muscat.

He still represents the NVV, as well as the Paso Robles committee that was opposed to a new AVA (American Viticultural Area) designation for the west side of the area that was recently rejected by the TTB (Alcohol and Tobacco Tax and Trade Bureau). Although Mendelson was not involved in the latter dispute, he’s still very much occupied, among other things, with matters of appellation law.

Toward that end, he’s written a book, From Demon to Darling: A Legal History of Wine in America ($30, University of California Press), in which he discusses the history and ramifications of the AVA system in the U.S., as well as other historical legal wine issues in America.

Is the U.S. AVA System Broken?

I spoke with Mendelson recently, focusing on his perspective of the appellation system here. I asked him if he thought that system was broken (in light of the protracted and unresolved issues involving the proposed Calistoga AVA), and if so, what did he think needs to be done to bring more meaningful legislation to the AVA structure going forward.

In the book he writes, “… I foresee a protracted battle over TTB’s proposal for a new grandfather rule.” Both the Bronco case and the issue over Calistoga’s AVA status turn on the “grandfather” rule, in which privileges were granted in 1986 to 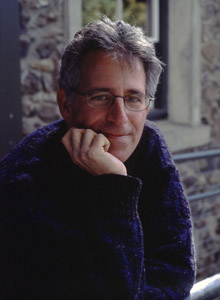 Richard Mendelson
all geographic brands that had been approved prior to that date. (There are two brands in Calistoga - Calistoga Cellars and Calistoga Estates - which are being taken under consideration by TTB.)

To which Mendelson told me of the grandfather provision (remembering that he represents the NVV, which is fighting to get Calistoga its AVA designation), “We all thought we solved this in ’86 with the existing grandfather rule. Why do we need another grandfather rule if people were on notice about the rules of the game? …They’re (TTB) proposing some form of new grandfather rule.”

Thus, if another line in the sand is going to be drawn, as he puts it, he suggests TTB should adopt different indices, in order to better understand the intricacies and uniqueness of various regions, and to ensure solidification of the system.

As Mendelson forthrightly writes, “The agency does not employ experts in viticulture who can assess such aspects of an AVA’s distinctive terroir. The TTB has seen fit to call into attention the establishment of AVAs. They’re doing what they think is proper under the circumstances. They have chosen to do it through the public process to make their case. … That’s perfectly fine. It’s a common procedure for making rules in our federal government.

“But there is obviously scientific inquiry (needed now). Look at the ways other countries have their own scientific advisors and it’s something to be considered.

“The TTB has evolved. Our understanding of terroir has evolved. … (But) now we’re a lot more sophisticated. … History tells us something: In the 1970s when AVAs began, I don’t know how much importance they (terroir distinctiveness) were afforded. … I don’t think anyone knew at that time that place was becoming important. This thing has taken on a life of its own in the last 20 years (and) reevaluation is proper.”

Therefore, Mendelson suggests the TTB now bring into its method of naming AVAs, scientific expertise and perhaps even professional tasters to aid in the proceedings. “That’s how other parties of the world do it in evaluating proposals,” he said. “…The TTB does not taste the wines to (understand) that a wine’s character is part of the decision-making process.

“I’m not suggesting that (there be tastings) but vintners in their proposals should say, ‘This area is known for this varietal’. For that, you’d have to have experts. I don’t think there’s anything wrong with that proposal being made. Could it be a useful tool? Definitely.”

Mendelson also believes that TTB should be open to bringing in other government entities to help in the process. “I do think there needs to be closer cooperation with other agencies, when you’re talking about brand names,” he said. So, he suggests the U.S. Patent and Trademark Office (PTO) be utilized.

“(PTO) has a lot of experience in naming issues and routinely conducts proceedings to examine historical recognition and consumer recognition of particular names. … If TTB is going to craft new rules, looking at the PTO should be part of that process. There are things to learn from that process.” What does he see happening now if the AVA system is to flourish? “In the near-term, you’re likely to see that they’re going to stay within the confines of what has been suggested by others, including the Kendall-Jackson proposal to divide AVAs into categories (based on size of a region),” he said. “In the short-term, TTB has to (recognize the efficacy) of putting AVAs inside other AVAs (sub-appellations). They’re going to have to create new rules of the game.”

He says that his book is, after all, about the history of wine law in America. And history is “all about providing prospective. Appellation systems all over the world evolve over time. I don’t think anyone would have imagined that we’d have all these sub-regions. In ’81, Bob Mondavi said right then and there, we have all these areas with distinctive identities. He envisioned it. (Now) we’re going through some growing pains.”

Mendelson points out that France began to form its appellation contrôlées system in 1905 and didn’t get to firmly establish all the ground rules until 30 years later. “There were changes along the way … History doesn’t necessarily repeat itself, but you have to understand, the issues are the same,” he offered. “We’re dealing with a product with a specific origin and you want to tell the consumer about what’s special, both in the natural factors and in the production process. There are definitely lessons to learn.

Crown Valley Winery 2003 Malvasia Bianca This wine has a high intensity of fresh grapefruit, peach, and pineapple with a touch of vanilla. A very full bodied wine.

After reading this review I look forward to reading this book. As one who has traveled to wine areas around the world and inside the United States it is a concern the size of some of our AVA's. Sonoma County is MASSIVE. And lets not even talk about the Ohio River Valley AVA. That one AVA alone spands 3 states!